One fine evening, sitting with friends in a hostel room, enjoying the february chills, we randomly looked up Kashmir on google and the photos left us spellbound. Next was the beginning of planning for the end semester trip, a ritual since the first semester of college. With the college located in Uttarakhand and all the North-Indian over-crowded hill stations nearby, the usual destination for this trip would have been in Uttarakhand itself. Now with Kashmir in play, a lot of other options were also open for consideration. One thing connected to the other and finally we booked the tickets to New Jalpaiguri Junction, the nearest railway station to Sikkim. A plan to go to Kashmir in the beginning with 7 people ended up to confirm railway tickets from Delhi to New Jalpaiguri for 6 people.

Finally the day arrived. It was 6th May, 2017, I departed from Roorkee early in the morning. The previous night had been a long one. I had to pack up my stuff in the hostel as it was the beginning of summer vacations. Ketan dropped a bomb that he won’t be going on the train we had booked because of its regular latency, high rush and whatnot. After messagin this he disappeared and would not take calls or answer messages. Piyush and I came to a decision that no matter who goes, we both will board the train from Delhi. After reaching Delhi, I took a cab to Noida, met a friend, had lunch with her. I spent the rest of my day with my friends in their hostel in IITD. I left for the Old Delhi Railway Station at about 3:00am in the morning, for my trip companions had started to arrive. We were 4 people finally onboard, 2 others backed out at the last moment, their loss. We spent the whole night on the platform, dozing off on one bench or the other. The start might seem a very dull one from a photo of mine, taken by Ketan(We travelled by the same train and Ketan joined us anyhow). 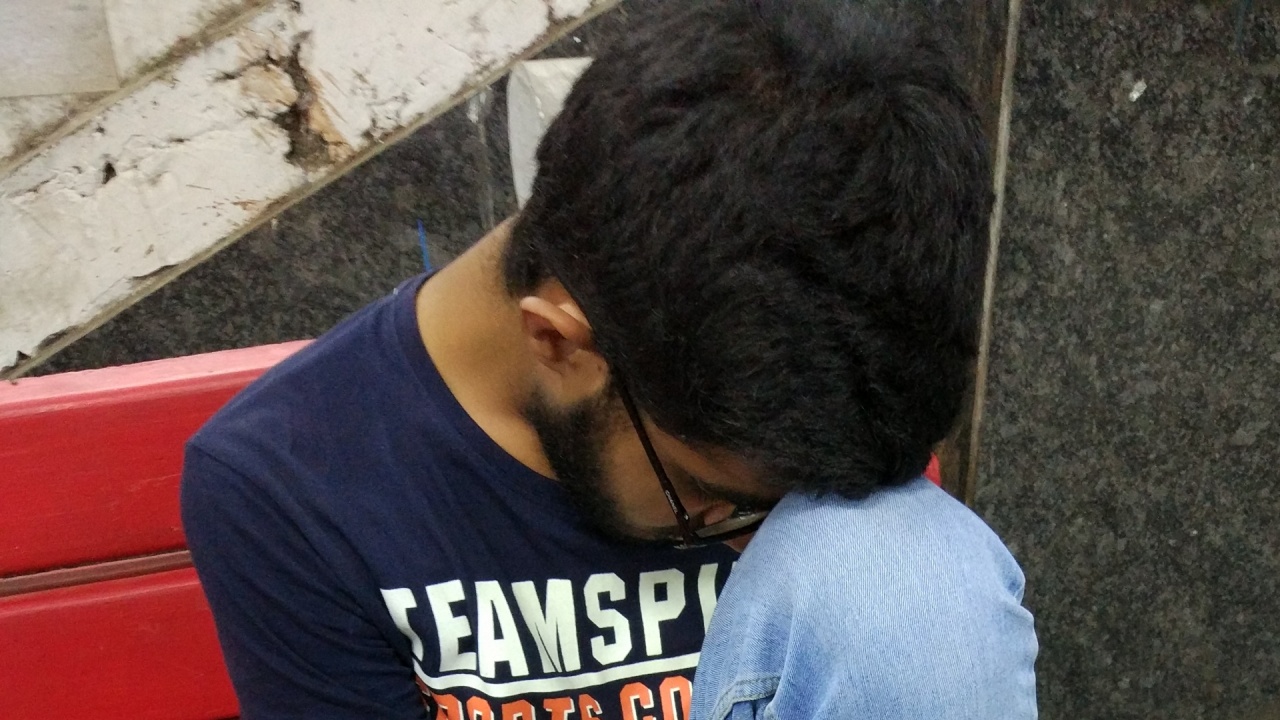 Piyush arrived at about 5:30am and we had breakfast in McDonald’s. Who knew this was the last time we were going to eat something good for the next couple of days. After a delay of about a couple of hours on the source station itself(beacuse Indian Railways), the journey started. We were travelling in Mahananda Express, I recommend avoiding this train as much as possible, because of its amazing track record of being 10-12 hours late on each run. Journey was a very long one and we could hardly find anything to eat due to the sky high standards we set for what we would eat. By the time we reached Bihar, standards dropped and we ate pretty much anything that a vendor came selling. 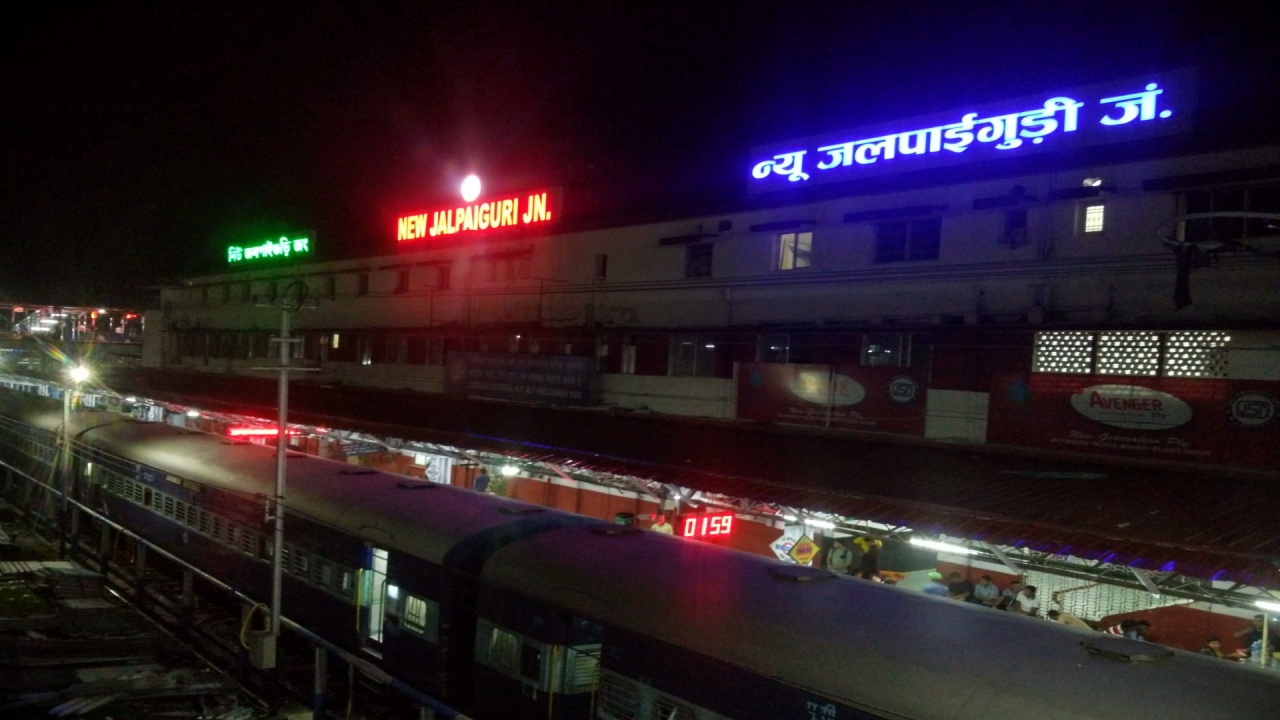 The arrival time of 2:00pm had shifted to 2:00am. Though we had expected delay in reaching Jalpaiguri but 2:00am was way beyond anything anticipated. Too tired of the long journey and too eager to wait for a shared taxi to get all its passengers, we payed the taxi driver extra and left for Darjeeling. Just after reaching Dajeeling, we left for Batasia loop and we were greeted vey warmly by a hot cup of tea there. Whats better than darjeeling tea, on a chilly morning, coupled with some fried snacks?

As expected, after about 30 minutes in Batasia loop, clicking macros of flowers and photos of all possible things, we were done with the place. The clock ticked 8:00am and we had to wait another 90 minutes for Keventers to open to have breakfast and then leave for Gangtok. Keventers is a famous eating joint in Darjeeling and we learned about it from a travel-food channel on YouTube. This was about time that the real trouble started. Seeing the grass covered mountains getting veiled by a cloak of dense dark clouds was mesmerising. It was only a matter of moments that heavy downpour begun. We were standing under a shed but with clouds all around us. Raindrops weren’t just falling vertically down, it was a 360 degree shower. We were in summer clothes and soon it became chilly. The mercury level was far more felt through Ketan’s expressions than the actual degrees. 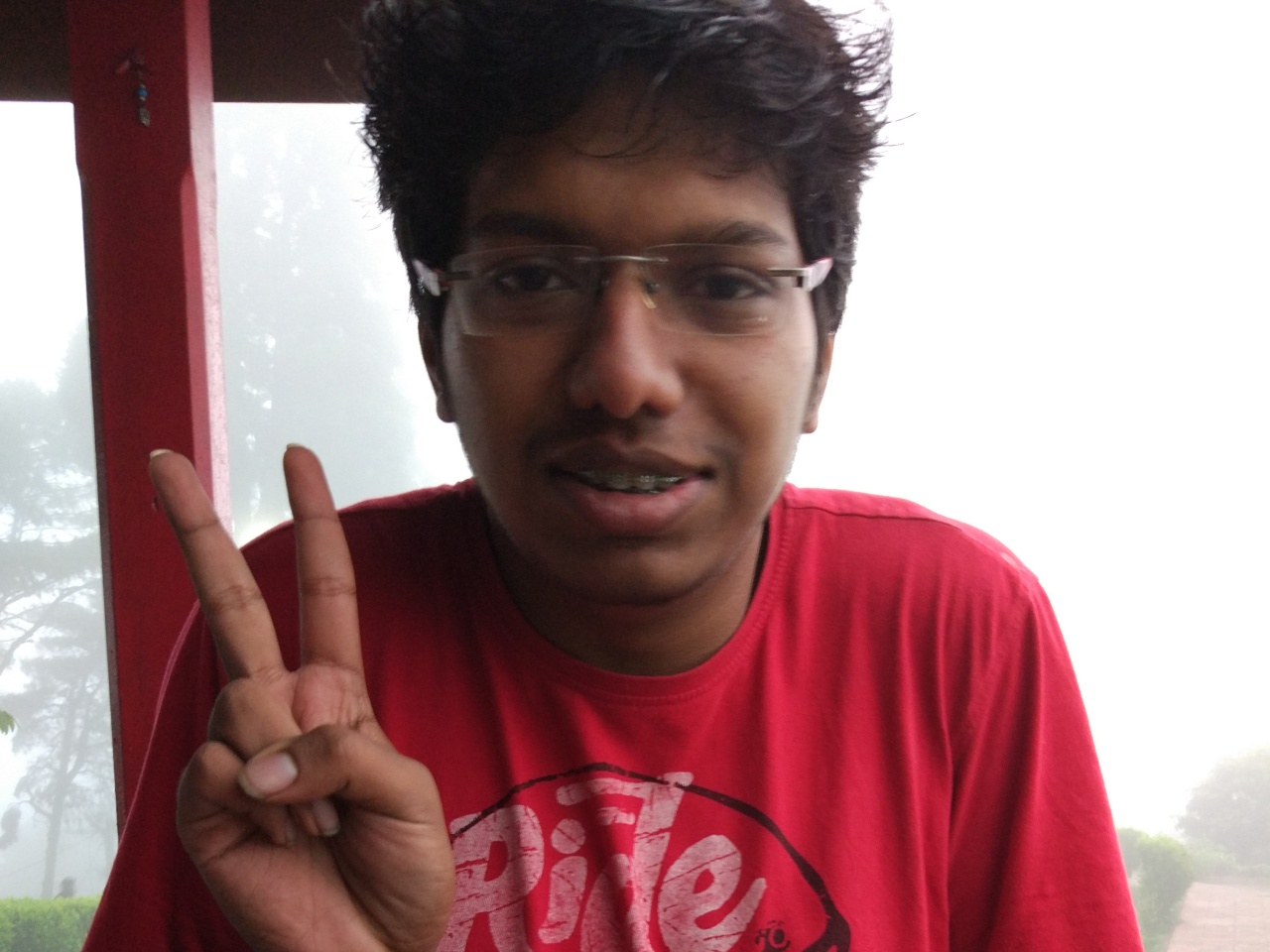 After waiting for about 45 minutes for the rain to stop we left for Keventers anyway. As we had no place to stay in darjeeling we were carrying all our luggage along. Piyush and I were also carrying our laptops along as we were hadn’t gone home before the trip started. Dripping wet, we reached there. The food was delicious. We had ordered chicken and pork salami, sausages, toasts and tea. It felt nice to finally have eaten something good after the food we lived on in the train. 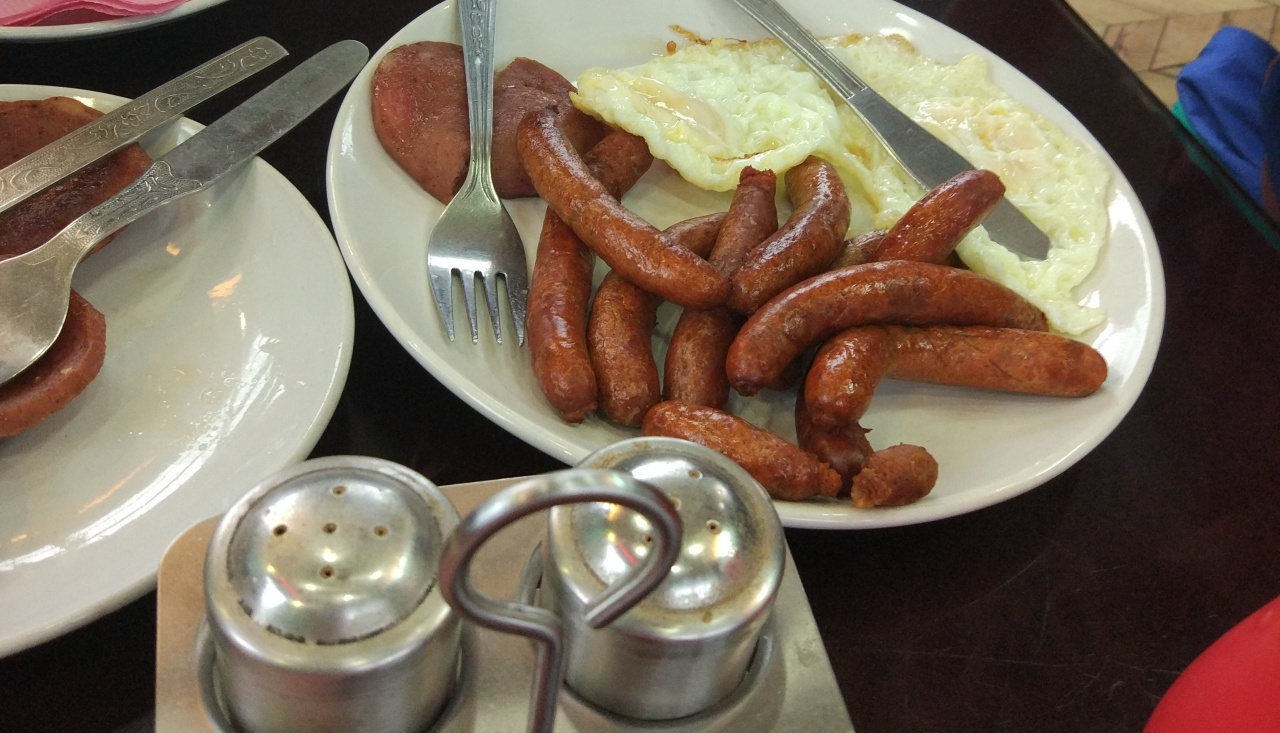 After our breakfast, we left for Gangtok. While finding the taxi, it rained with a full blow, wetting us completely, along with our luggage. Sitting dripping wet for the next 4 hours in a Tata Sumo, we read Welcome to Gangtok. After unpacking, a lot of clothes had to be dried. I had started hating coming to this trip now because of the long train journey followed by heavy rain. After a shower, Ketan and I left for MG Road while Piyush and Harjot slept. The moment I step foot on MG Road, all the fury was gone. Gangtok was beautiful. We roamed around, and were amazed to find out the numerous types of momos served there. The air was fresh after the morning rain and the fun in the trip had begun. 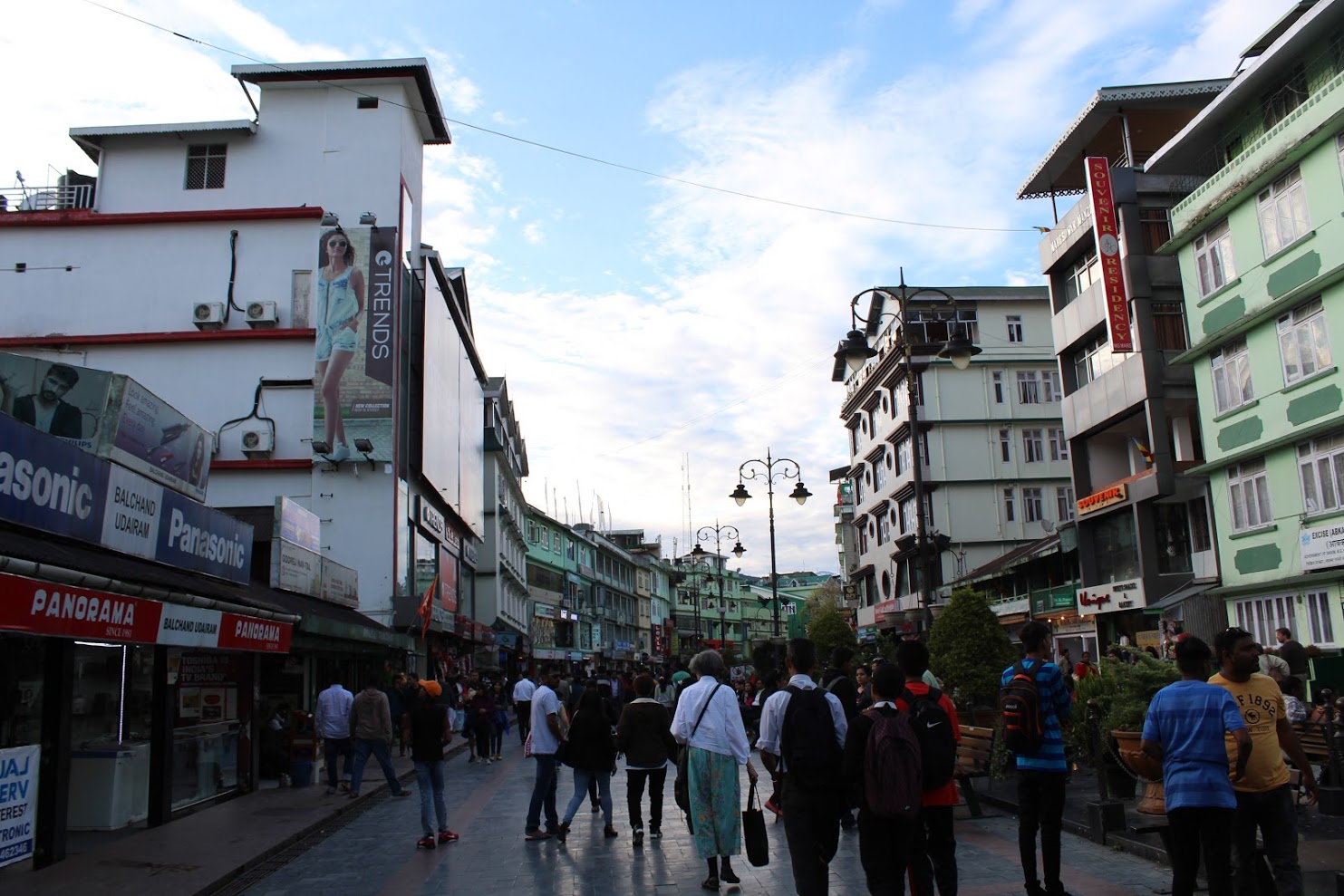 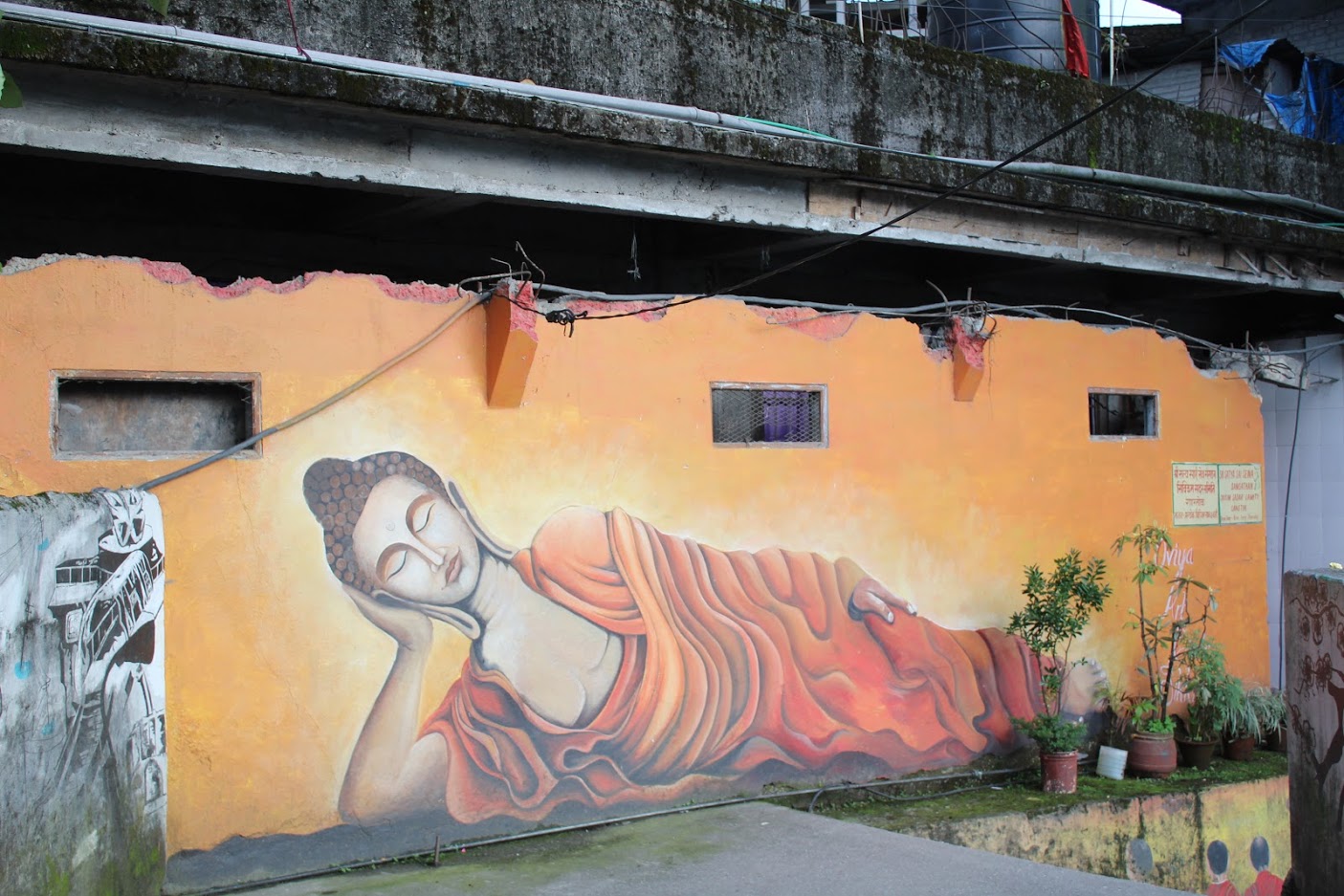 Later that night, we had to meet our taxi driver for the North Sikkim tour. He had to collect our identity proofs for getting the permit for North Sikkim made. We were having Thukpa, Prawns and Burger for dinner when I got a call and came to know about a problem that had arisen. Travel agent had booked the taxi for our tour but the driver was unreachable somehow. We were asked to adjust for a Tata Sumo instead of the already booked Mahindra Xylo in exchange of compensation. We decided to adjust just to keep the trip going, at that moment, not knowing what more was in store for us. Piyush and I met the Sumo driver to hand over the documents to him. Our travel agent called at that very moment, and said that he had arranged a Xylo and the driver will collect documents the next day, early morning. Tired from the day, we went to bed. 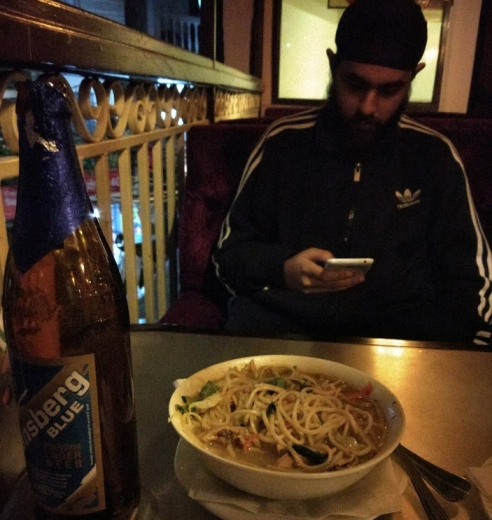 Food Ketan and Harjot were having.

This day had to begin early as I had to give the documents to the taxi driver for the permit. I got up at 6:00. It was the occasion of Buddha Purnima and it was a state holiday apparently. The taxi driver showed up in the hotel lobby at 6:15. After handing him the documents, I woke everyone else and we were ready within an hour. We saw a couple of bike riders going towards Lachen and we were filled with enthusism all over. We began the day by having momos on MG Road and purchased water and other necessities for the next few days. On the way back there was a ceremony going on for buddh purnima. It was a great sight. 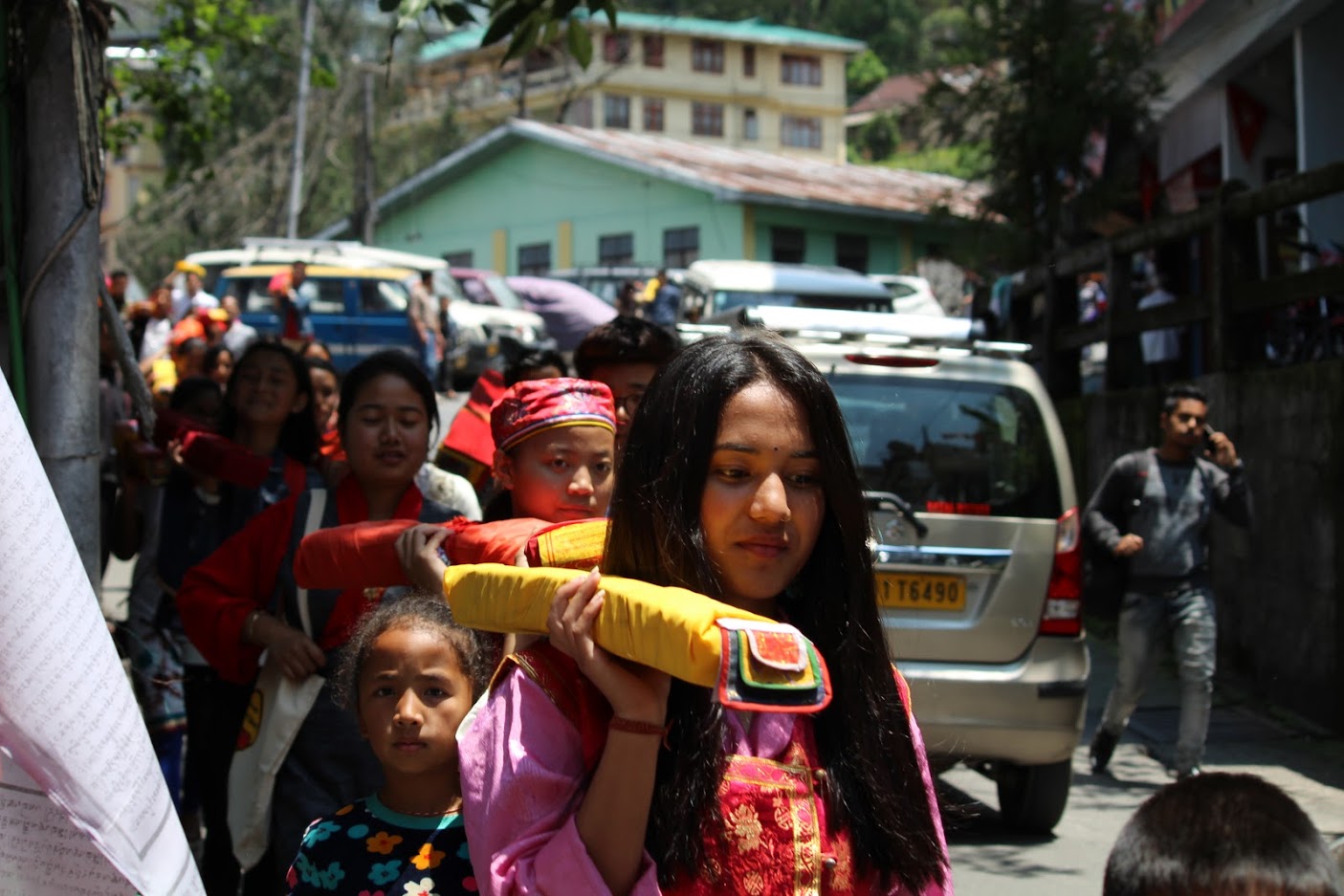 Taxi driver had to come to the hotel by 10:00am to pick us. It was only after 11:30 that he showed up. What followed next left us ultimately furious. He informed us that the taxi for which the permit was made had broken down. He proposed that we go with another taxi and he would give us a letter signed by some union leader and then we might/mightn’t be allowed to go ahead from the Mangan check post. We just were not on the same page about it. We just tried looking for some alternatives. Not going to Lachen today could mean missing on Nathula Pass as we would not be in Gangtok on the last day of our trip and due to the time he was telling us this there was no chance we could go to Nathula that day.

Apart from Nathula we would also have problems with hotel bookings as we had not taken the standard package and had made all the hotel bookings by ourselves. Finally after a heated argument with the taxi operator and discussing about ourselves, we decided to stay in Gangtok that day and go for local sight-seeing. This local sight-seeing was being paid for by the taxi operator and also he promised to make necessary hotel booking in Gangtok that night. We had planned to stay that night in Lachen and the next night in Lachung but to save as much as possible we agreed to the plan of visitng Lachung first and then going on Lachen the next day. This meant changing the entire plan, but this was the best that could be done at that time.

So knowing that we would miss Nathula and bearing with the fact of not leaving for Lachen on the same day, we were picked up by a local taxi. We went to a couple of places that were closed, owing to Buddha Purnima. Flower show was next on the plan, and it was heavily crowded, full of newly weds. We clicked a lot of macros of flowers, but were anyway done with the place in 15-20 mins. Piyush spent a lot of time with the DSLR and the output was beatuiful. 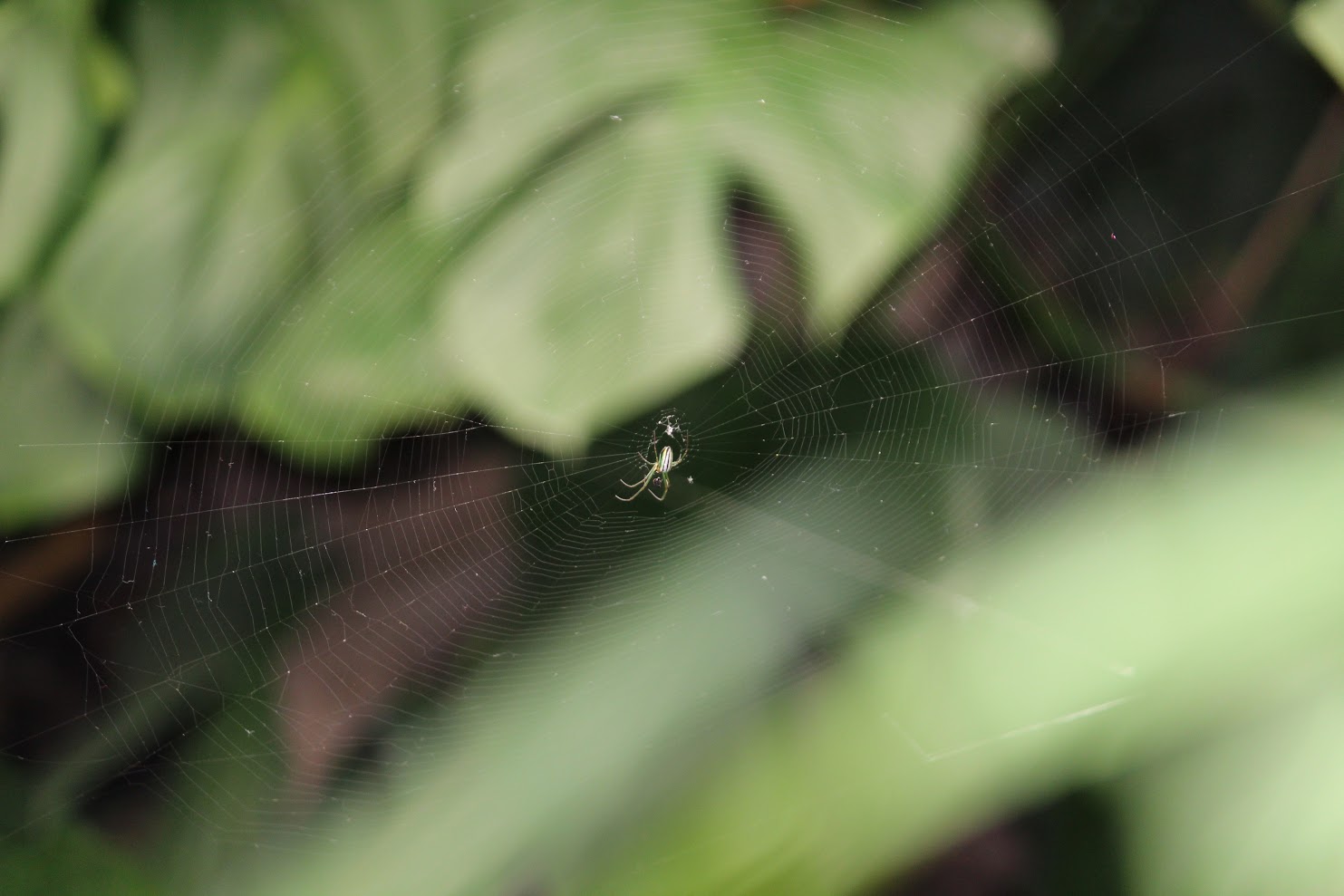 We skipped anything else on the plan and told the driver to directly take us to Rumtek Monastery, only stopping for lunch on the way. The driver took us to a shop which served tasty chicken according to him but it was not so yummy actually. We tried Dumplings for the first time and though not very tasty, eating such large momos was a one time experience. One time